Who is Shirdi Sai Baba?

No doubt, he was a purely Shiva character.
An avadhut beyond the Five Elements.

He was a man of miracles, and an amazing powerful healer,
but he lived his life with a begging bowl in the street.

He was a simple character, enjoying the divine fragrance of his life.
He had amazing abilities, but rarely showed them.

He doesn’t care, yet at the same time he cares.
He is overseeing and taking care of every part of the Creation.

A new Yuga started in 2000, the Sai Yuga.
In this golden age of enlightenment, everybody will love Shirdi Baba.

If anyone just thinks of him, “Oh Baba, I love you,”
that’s enough.

Shirdi Baba (unknown – 1918) lived his entire life as a beggar, begging alms from the villagers in the tiny backwater town of Shirdi. He chose to live as a beggar, although he could have lived like a king. He received millions of rupees from his devotees, but each day he was left empty handed because he had distributed it all to the poor. He lived most of his life in a tiny dilapidated mosque with no protection from the heat, rain, and the multitudes who sought relief from their problems and suffering.

His simple outward appearance and his choice to live his life in absolute simplicity disguised the truth of his spiritual stature. Baba was an incarnation of Shiva, and a rare yogi with the highest supernatural capabilities. His yogic feats were endless; he changed water into oil, appeared in many places at once, rescued countless devotees from life-threatening situations, and in his ultimate act of sacrifice, gave up his life to save the life of a beloved devotee. He demonstrated so many miracles throughout his life. This phenomenon continues to this day. 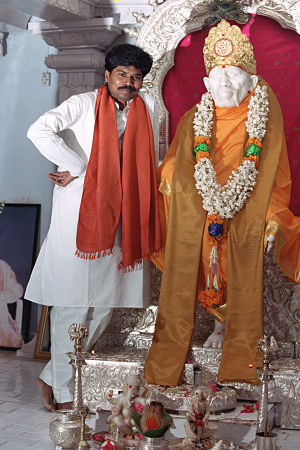 Devotion to him is rapidly growing throughout the world among people of all faiths. Hiis life was a demonstration of the unity of all religions and our essential oneness. Although he lived in a mosque, Hiindu prayers and rituals were performed. People wondered if he was a Hiindu or a Muslim. “So Baba told them one statement, Sri Kaleshwar says: ‘All human beings are one. Our religion is humanity.’ Baba said he was neither Muslim nor Hiindu; he was everything. Whoever calls for his help, his protection is there. Who really follows Baba, fear can never touch them. Fear is always away from them. They’re very happy whatever happens.

Before leaving his body, Shirdi Baba made a promise to the world that whoever calls on him with faith, he will respond. “I will never forsake anyone who relies on me.”

Shirdi Baba’s works will become known and his divine presence felt worldwide. I’m bringing him to the world. I’m trying. Already many have tried. He’s always hiding; he’s been sleeping in the Dwarkamai (the abandoned mosque where he lived). Hiiding means he is a very intelligent master. He didn’t want to become famous. But now, in India, 85% of the people know about Shirdi Baba. In the world, only 6% know about him. In a few years many will know of him. I’m doing my best to bring him to the world. But not as a religion. Jesus never spoke about Christianity. Mohammed never spoke of Islam. Lord Venkateshwara, Lord Krishna, never spoke about Hiinduism. God only has one organization and that’s love. I’m going to that point, only there. The love organization – the religion of love. 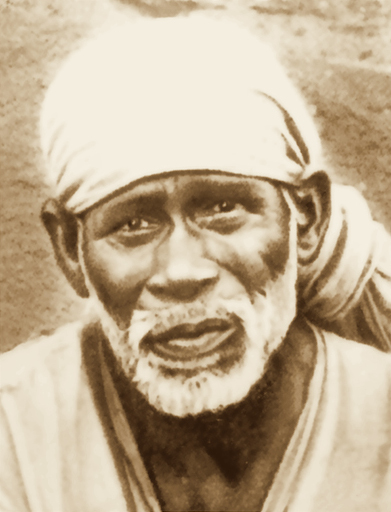 Allah Mallik Ek – God is one. All Human Beings are One. Our religion is humanity. 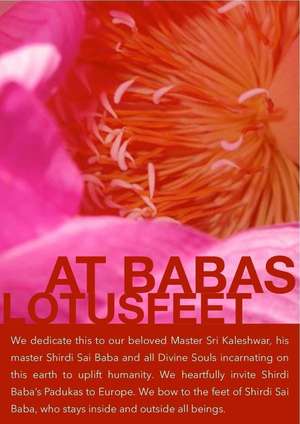 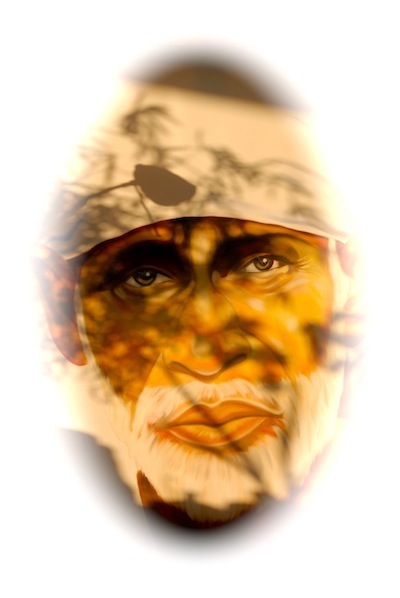 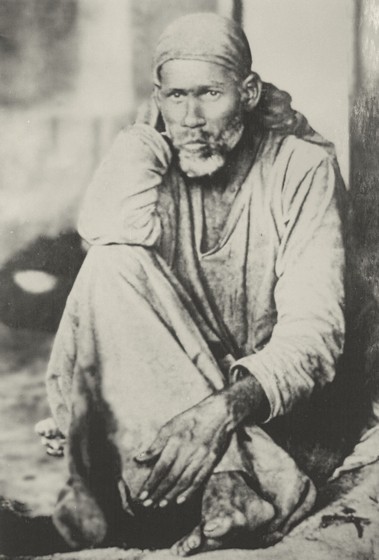 Those who have my picture in their home and chants my namasmarana, will receive my huge blessing and energy. 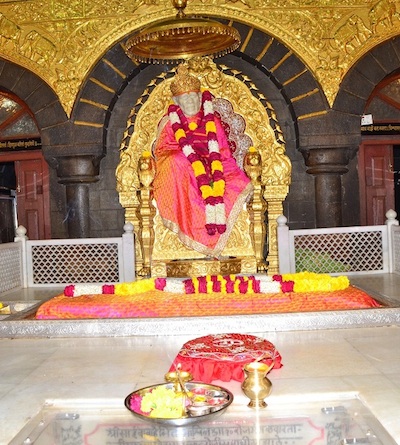