On the evening of Oct 20th, 2021 – full moon –, Subramaniam, one of the pujaris at the ashram of Sri Kaleshwar in Penukonda, India has left his body. For many Kaleshwar students, the Ashram will not be the same without him, as one could observe him every day, how he took care of the Baba-Murti in the Shiva Sai Mandir doing various pujas and also taking care of all other statues and power objects at the Ashram, like the Shivalingam in Shiva Cave or the Mother Divine statue in the Dwarkamai. A gentle soul, a big heart, a touching example of bhakti. When he sang, you could hear a soul singing to God. Have a good journey, Subramaniam, beautiful soul!

Rama, who was a photographer at the Ashram during Sri Kaleshwar’s lifetime, picked out some photos of Subramaniam and wrote the following touching obituary. At the end of this post you will also find a link to “Shankara”, the Shiva prayer that Subramaniam liked to sing to Baba.

“I would like to briefly write something about Subramaniam. As a photographer, I usually sat in the front right of the Baba Temple during our Bhajan evenings. This is where the priests usually were sitting when they entered the temple in the course of the evening to perform the aarathi after the bhajans.

I remember countless evenings with Subramaniam, walking in and sitting with us students. Sometimes we were many, sometimes only a few. I didn’t speak Telugu and he spoke rudimentary English. So we agreed on sign language.

I loved sitting near him. He had such a warm, tender, loving charisma and it attracted me like a magnet. I remember showing him photos from the evening on the small display of the camera, simply because his aura touched me so joyfully and invigoratingly and I felt the pull to interact with him.

And I notice how nice it is to go into these memories in such detail in the here and now, although connected with some sadness and one or the other tear has to be released in order to be able to continue writing … But how mystical, how magical were such moments, those years! To sit there in the temple, to listen to the singers, to literally listen to the the silence in between and the chirping outside, the evening everyday sounds of the village from afar with the honking of the rikshas, then the ringing of the bell as the priests began with the aarathi, and all of this embedded in this indefinable, but clearly noticeable, nourishing energy of this place; as if you were part of a fairy tale.

Sometimes – when we were both over the camera’s display looking at photos, he would humbly point his finger at himself and the camera and I knew he wanted a photo. I would have answered “Yes, of course, gladly”, but expressed it with a nod of the head. A gentle smile came back. Those were beautiful moments. Over the years I learned the Indian head-wiggle to communicate my “Yes”, or the Indians would probably Say “No problem sir”. We both knew then: There will be a little photo session after bhajans 🙂

The following is a selection of the photos that have been taken with him over the years. I found a recording of his wonderful singing from November 2008 and December 2009. At that time they were created with only a small hand-recorder, therefore not of the best quality, yet still a beautiful memory of the extraordinary time with him, with the priests, with the students and with Swami.” 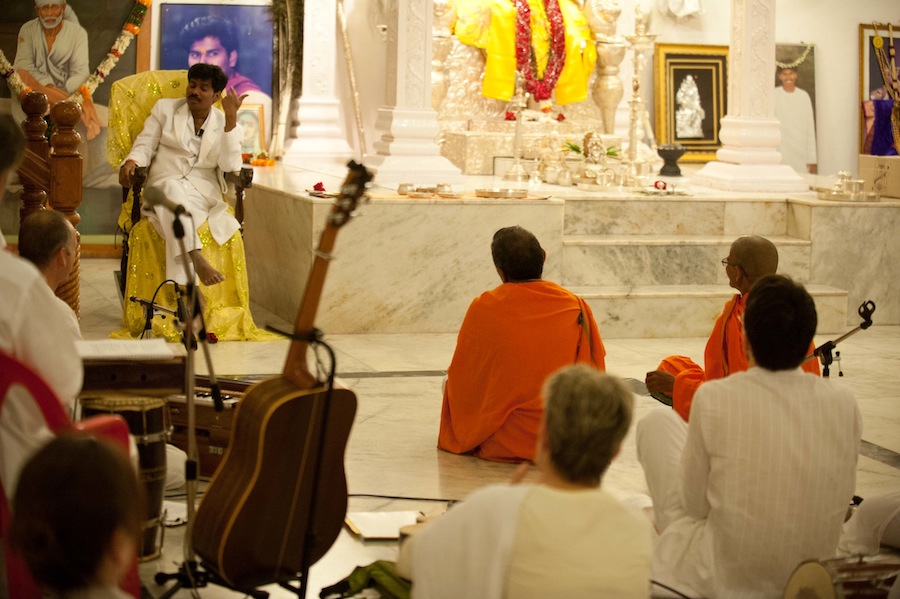 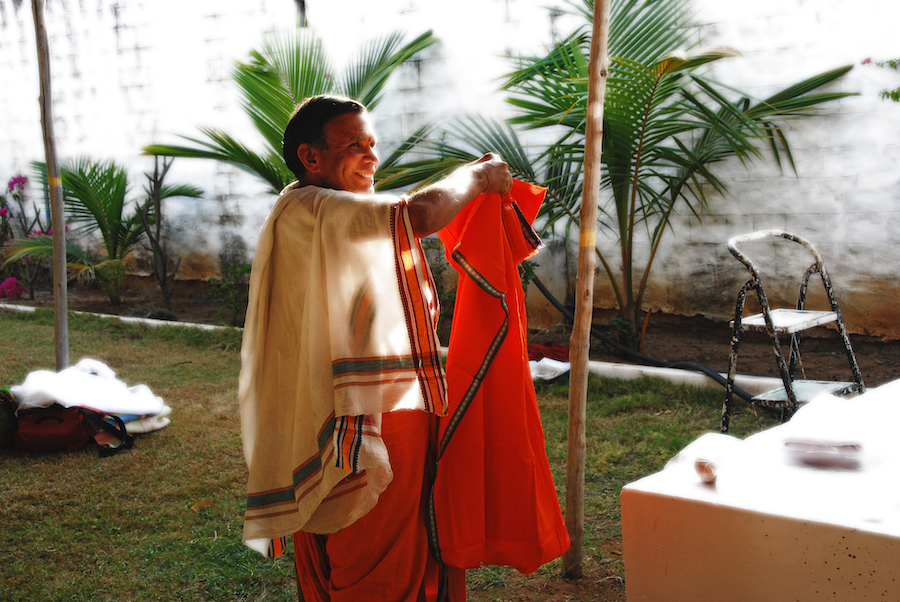 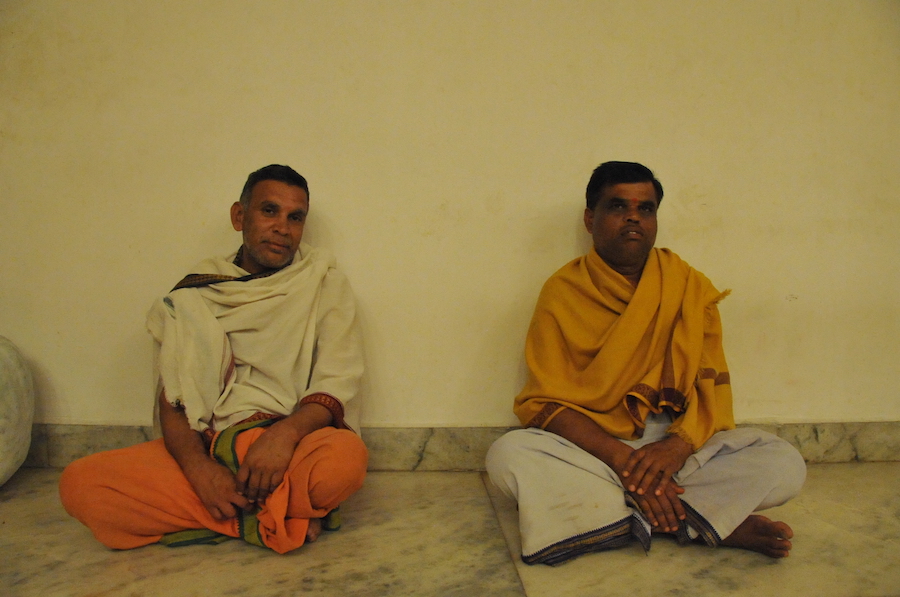 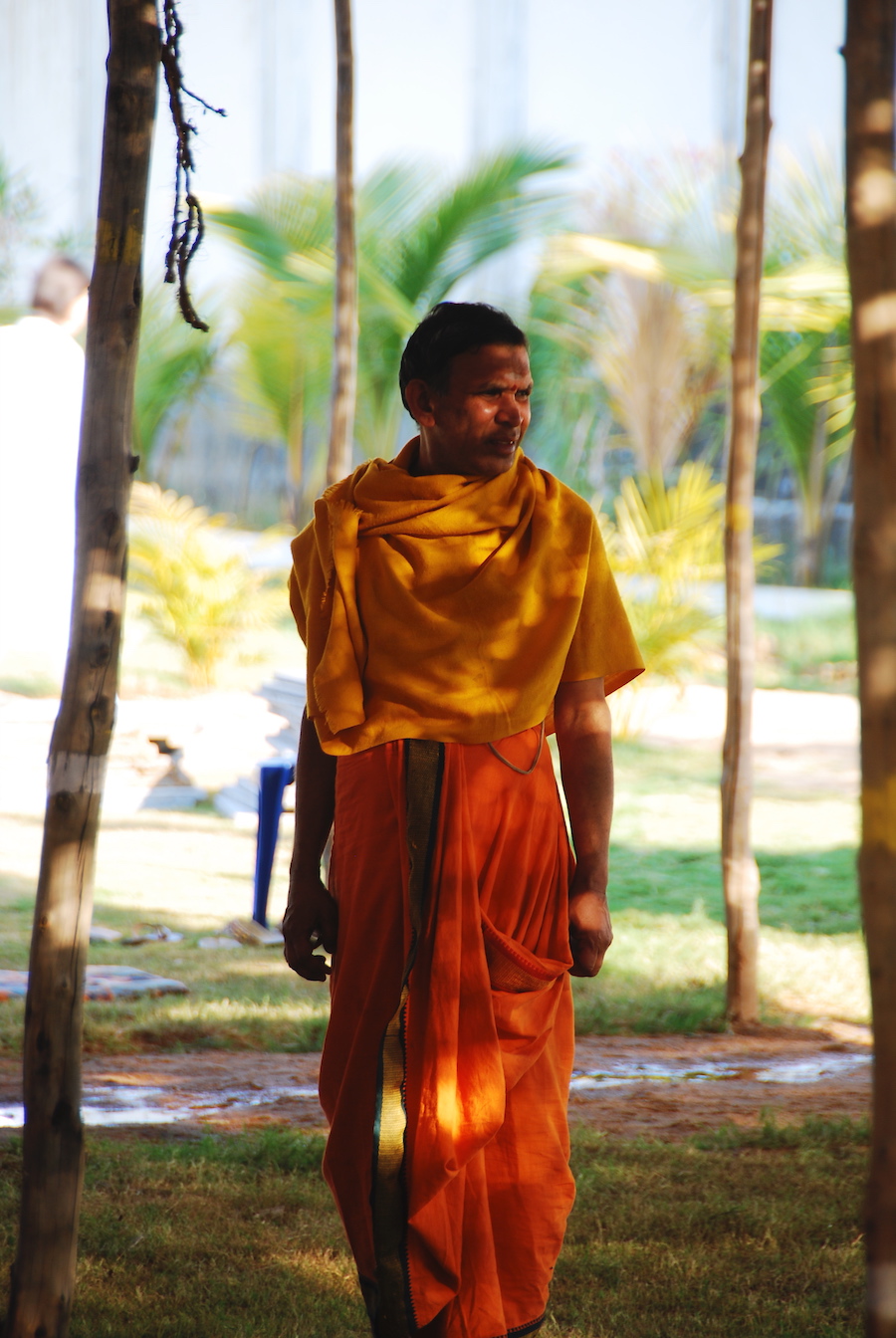 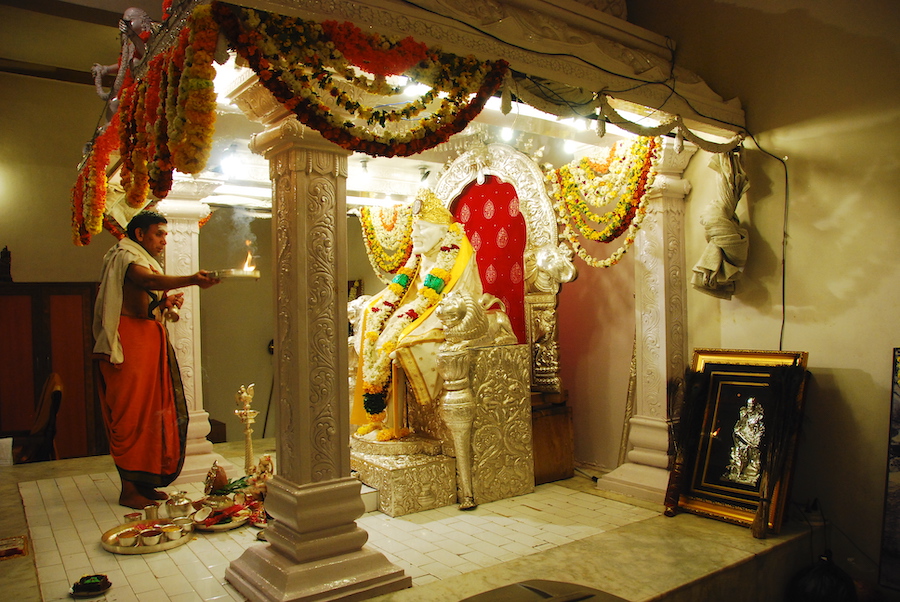 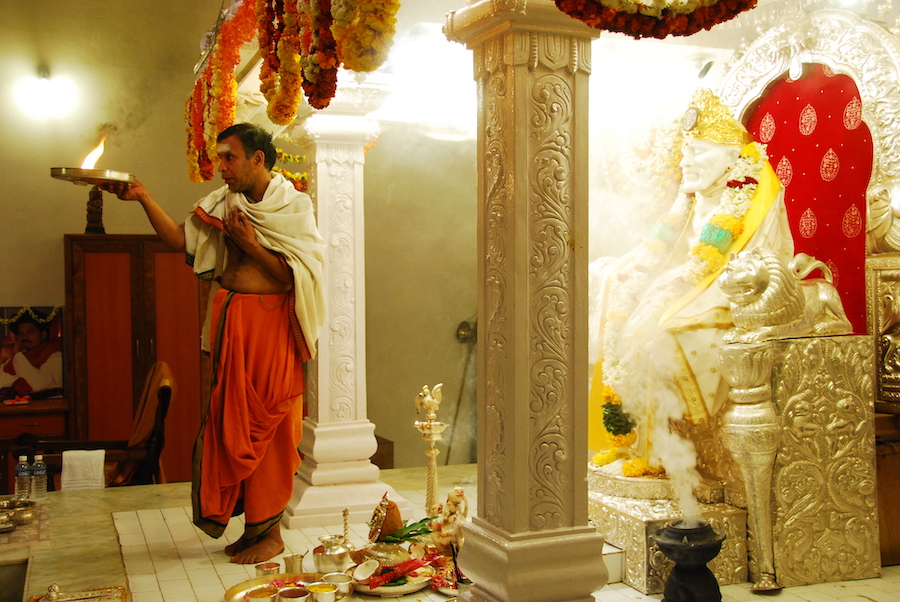 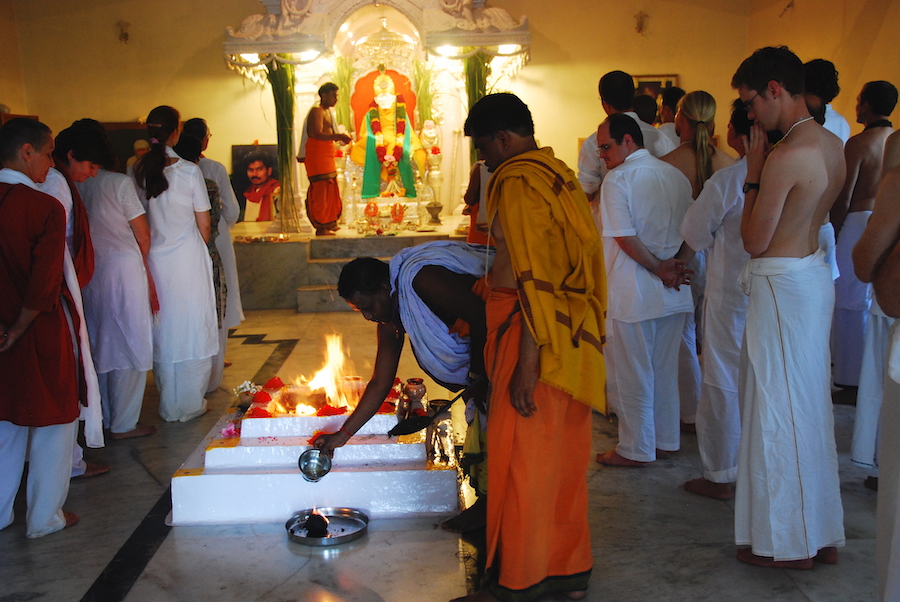 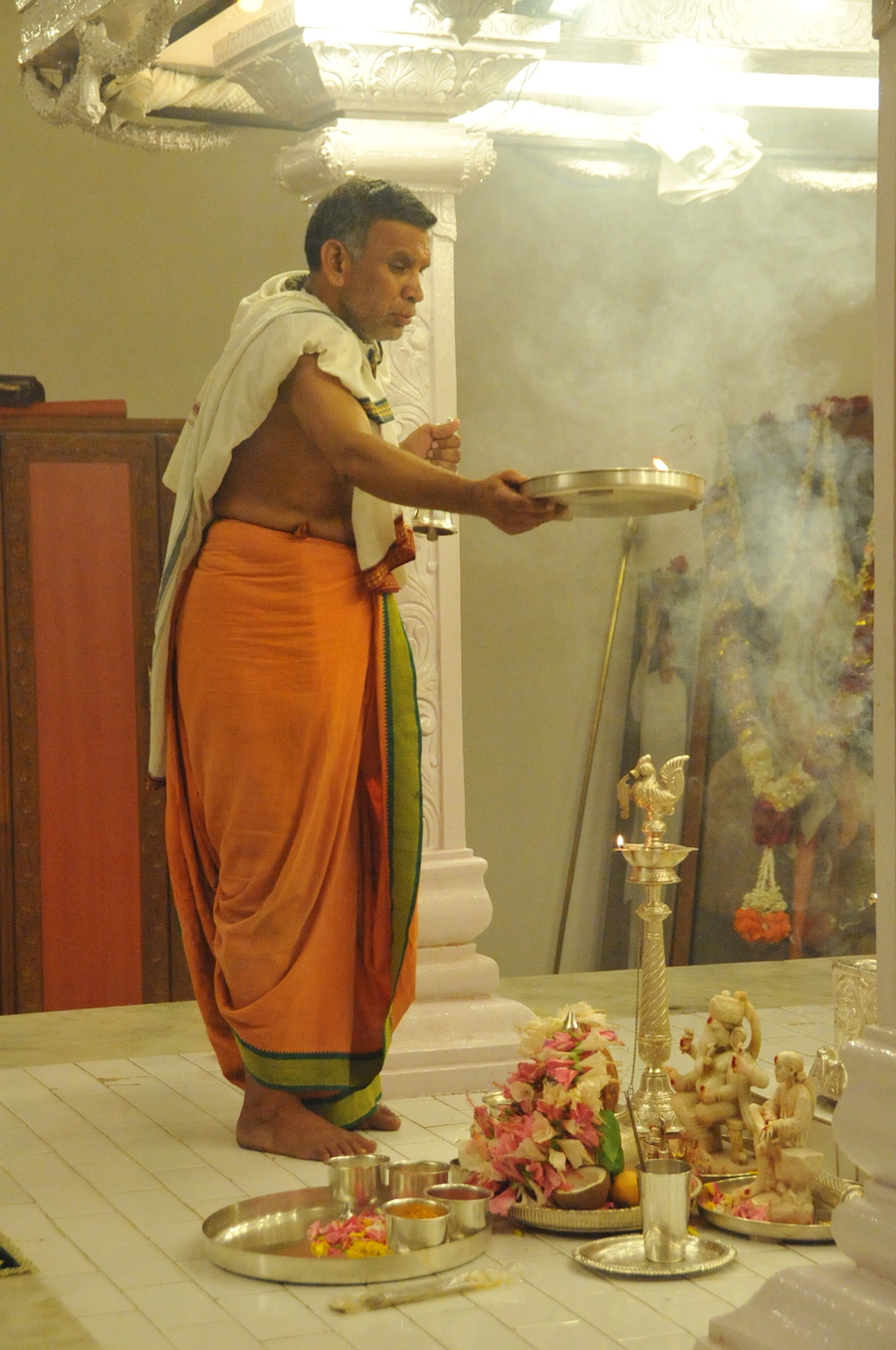 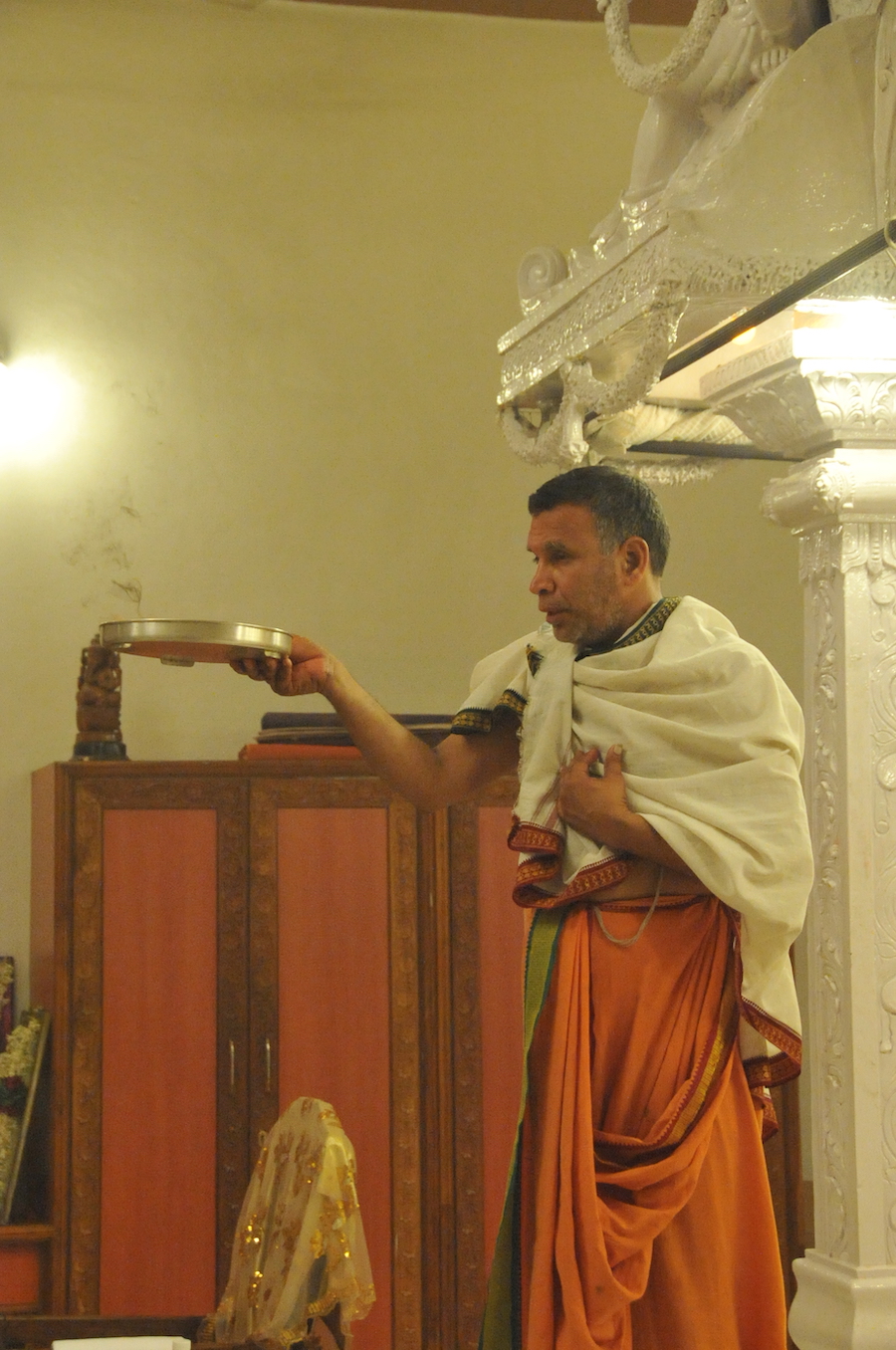 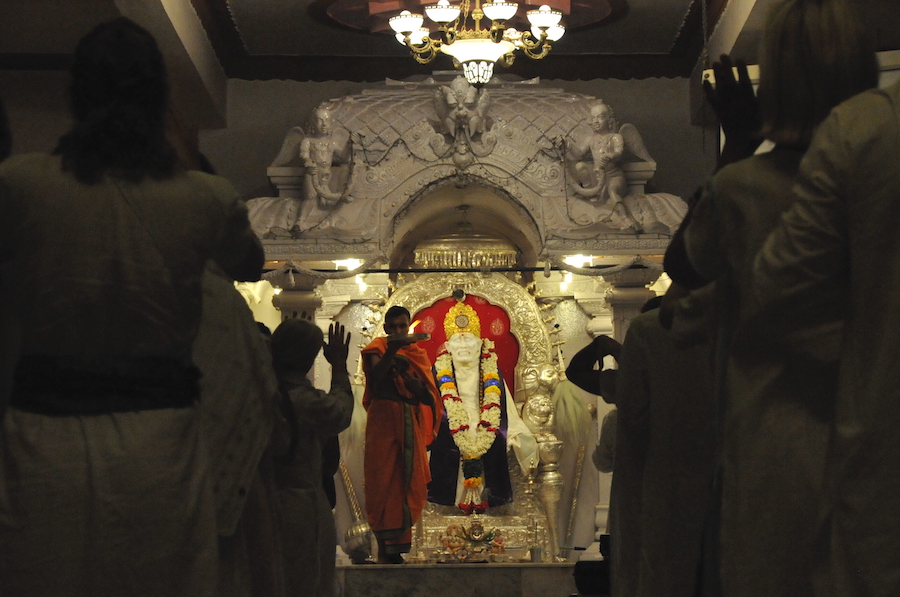 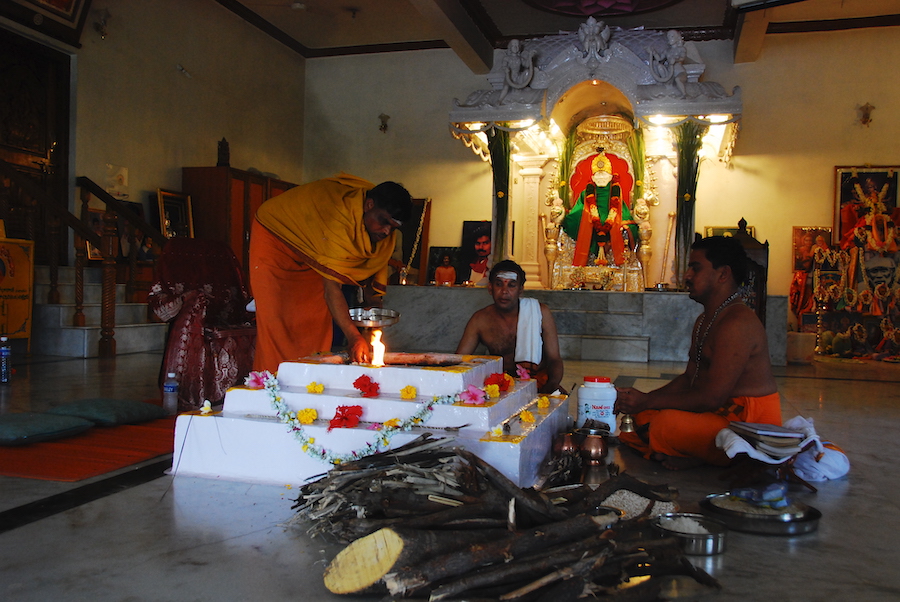 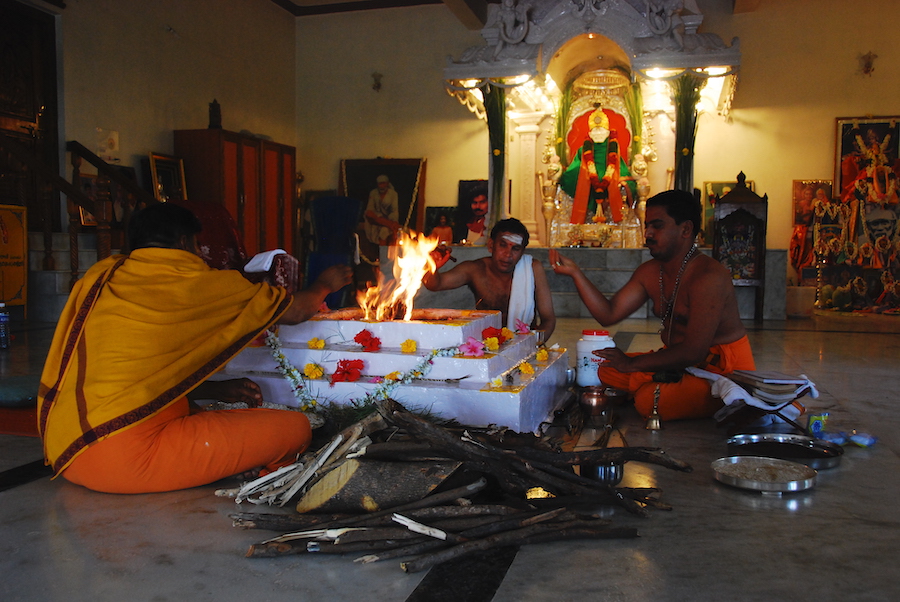 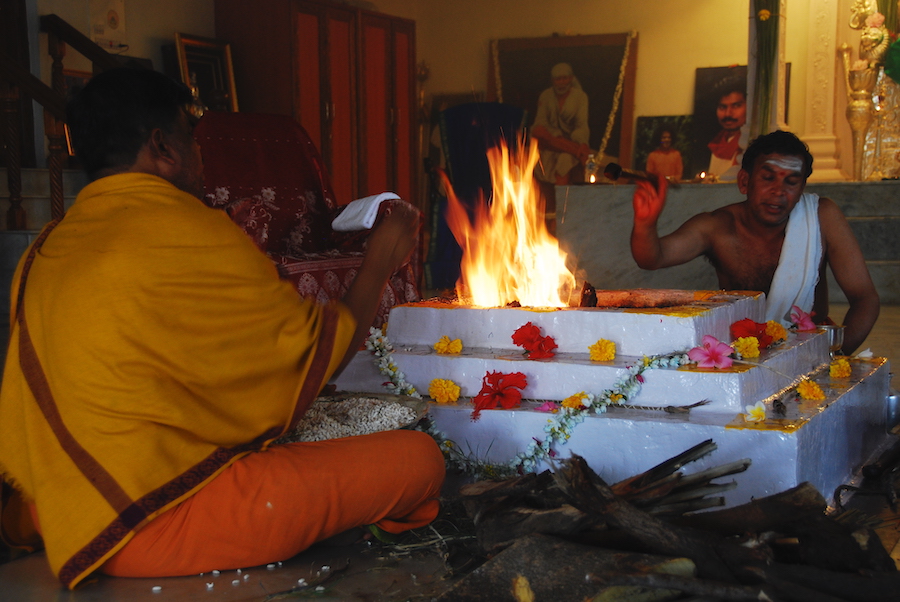 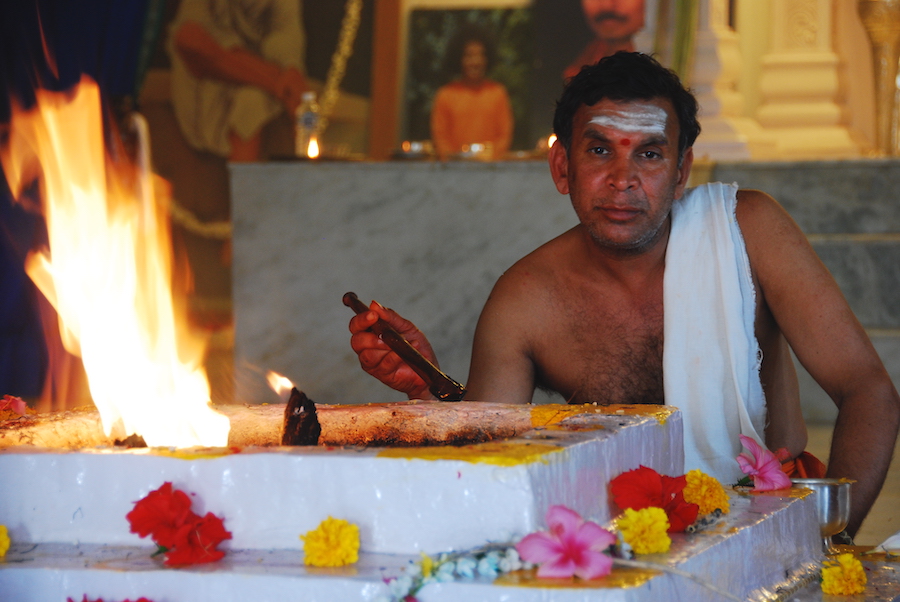 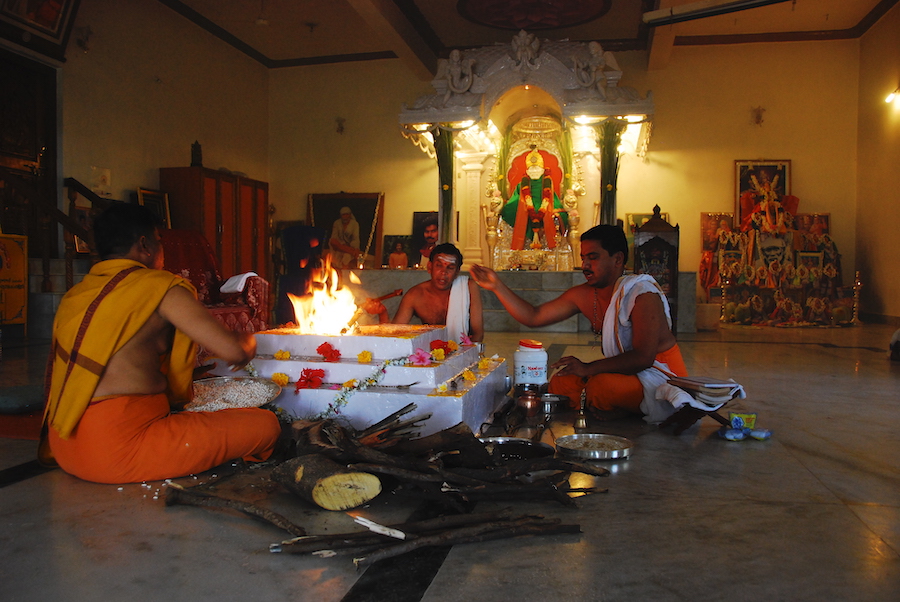 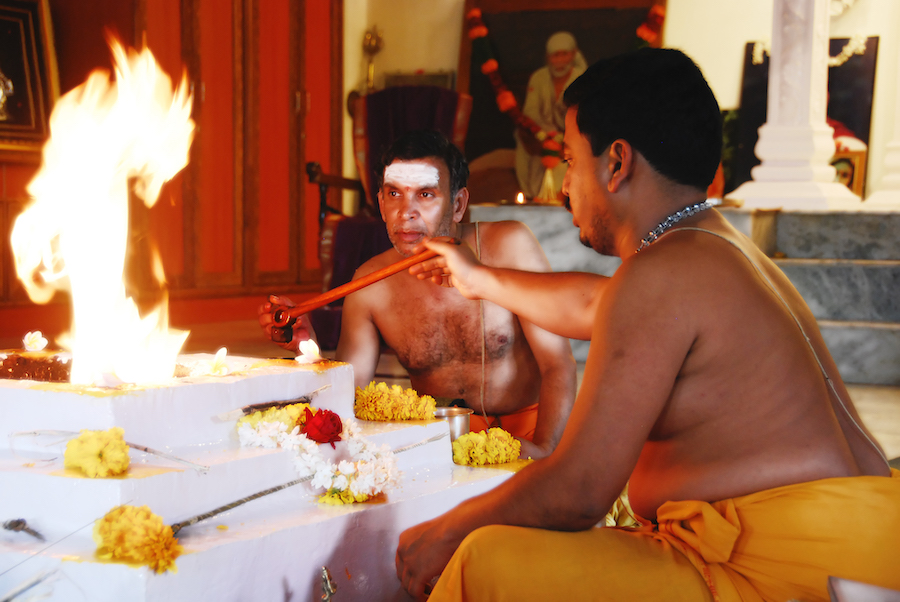 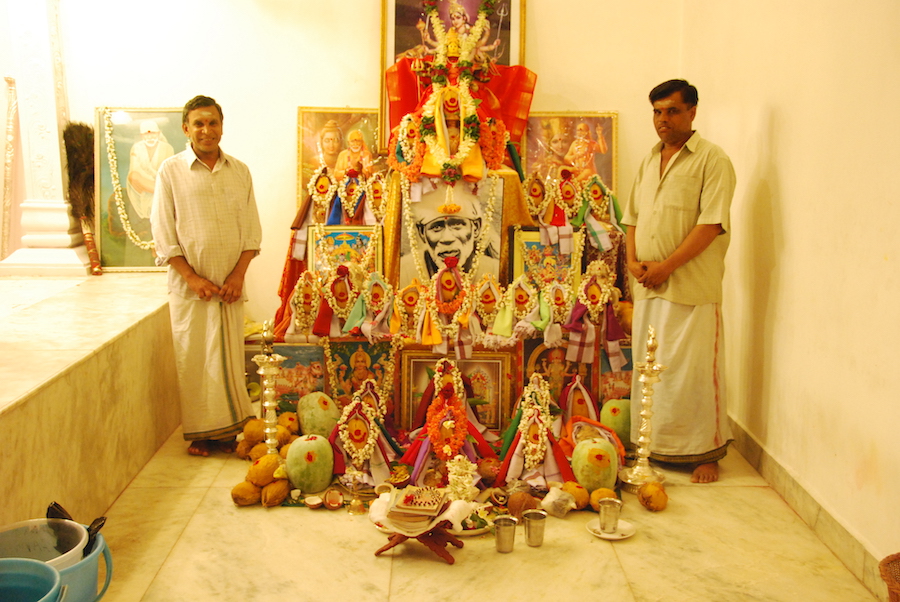 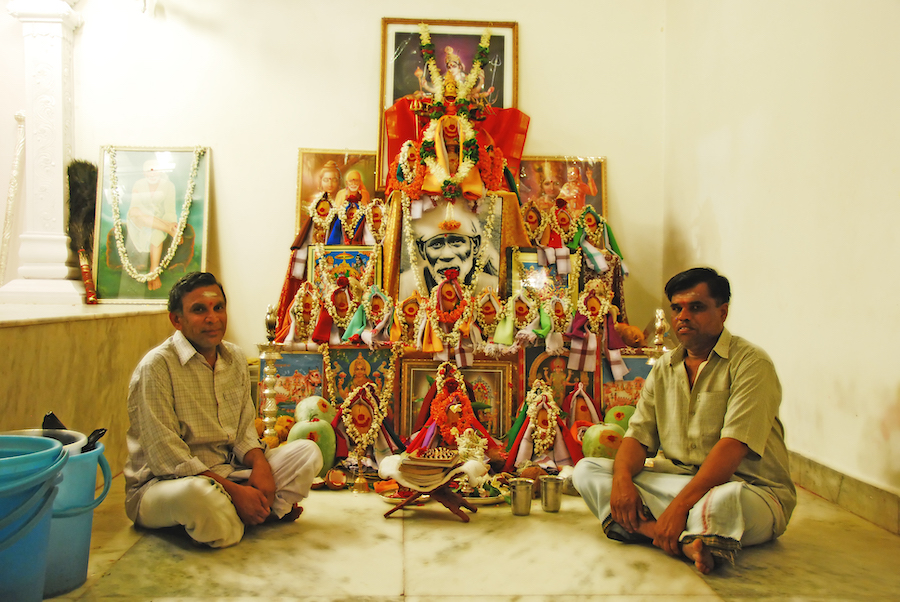 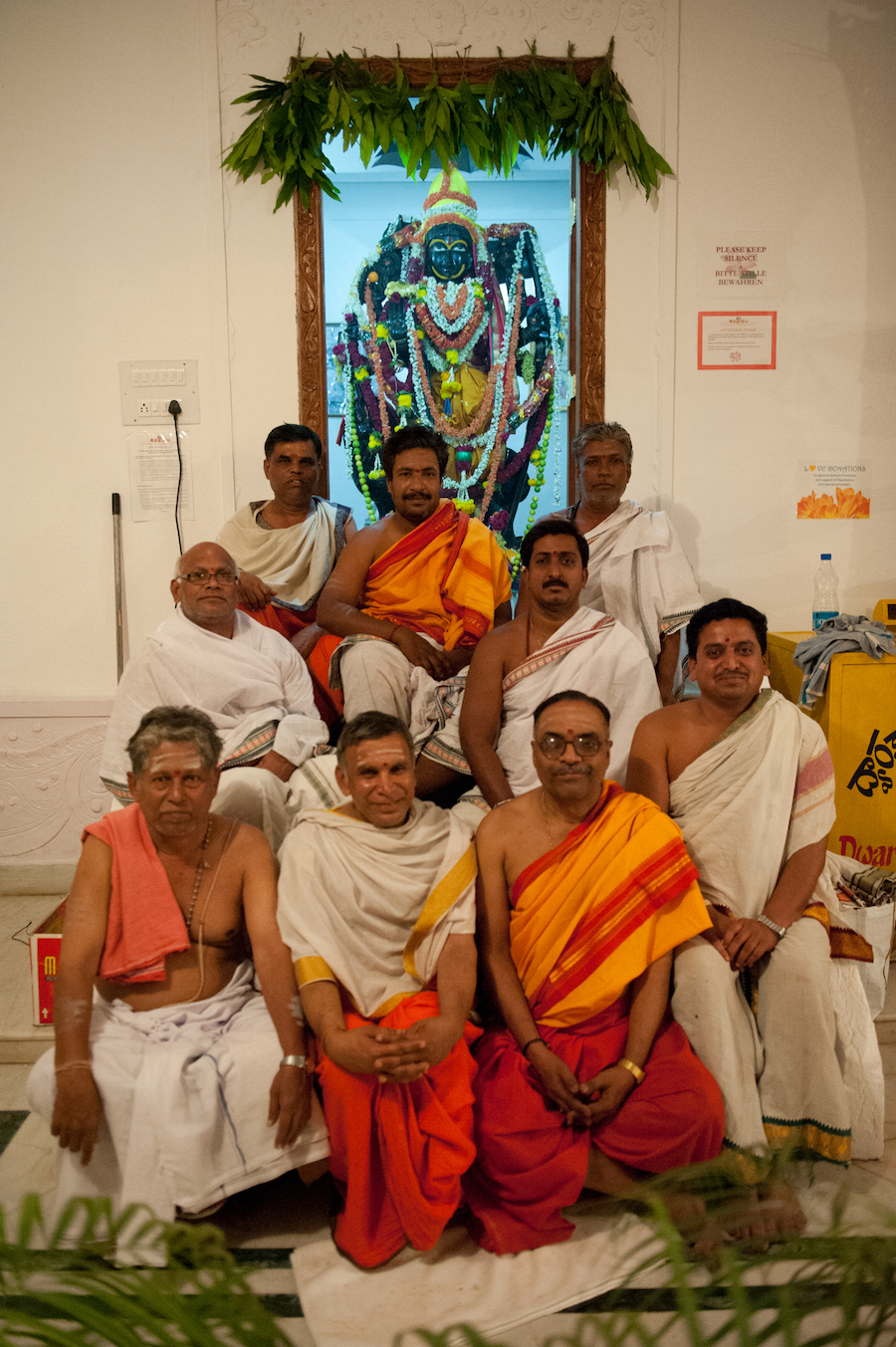 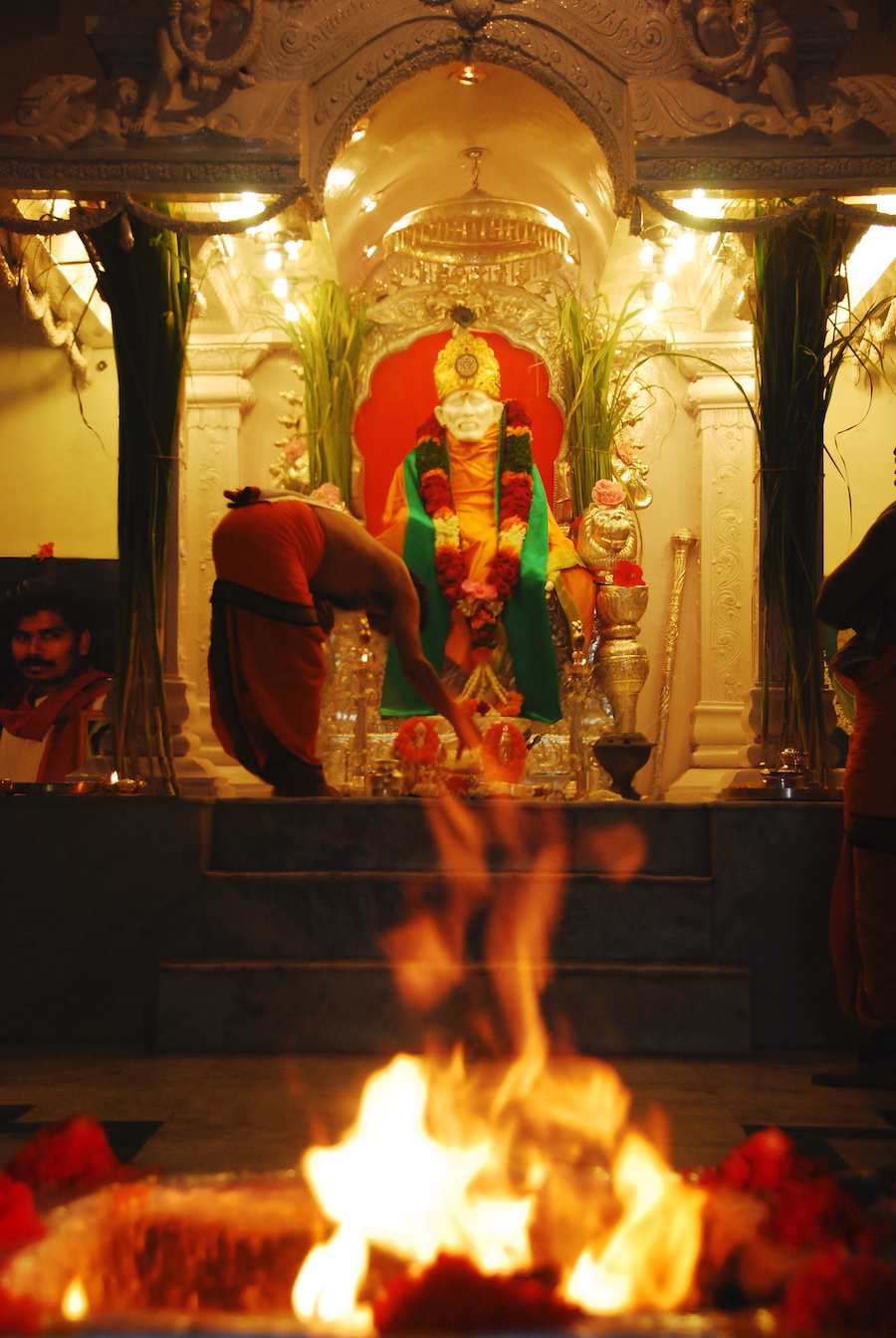 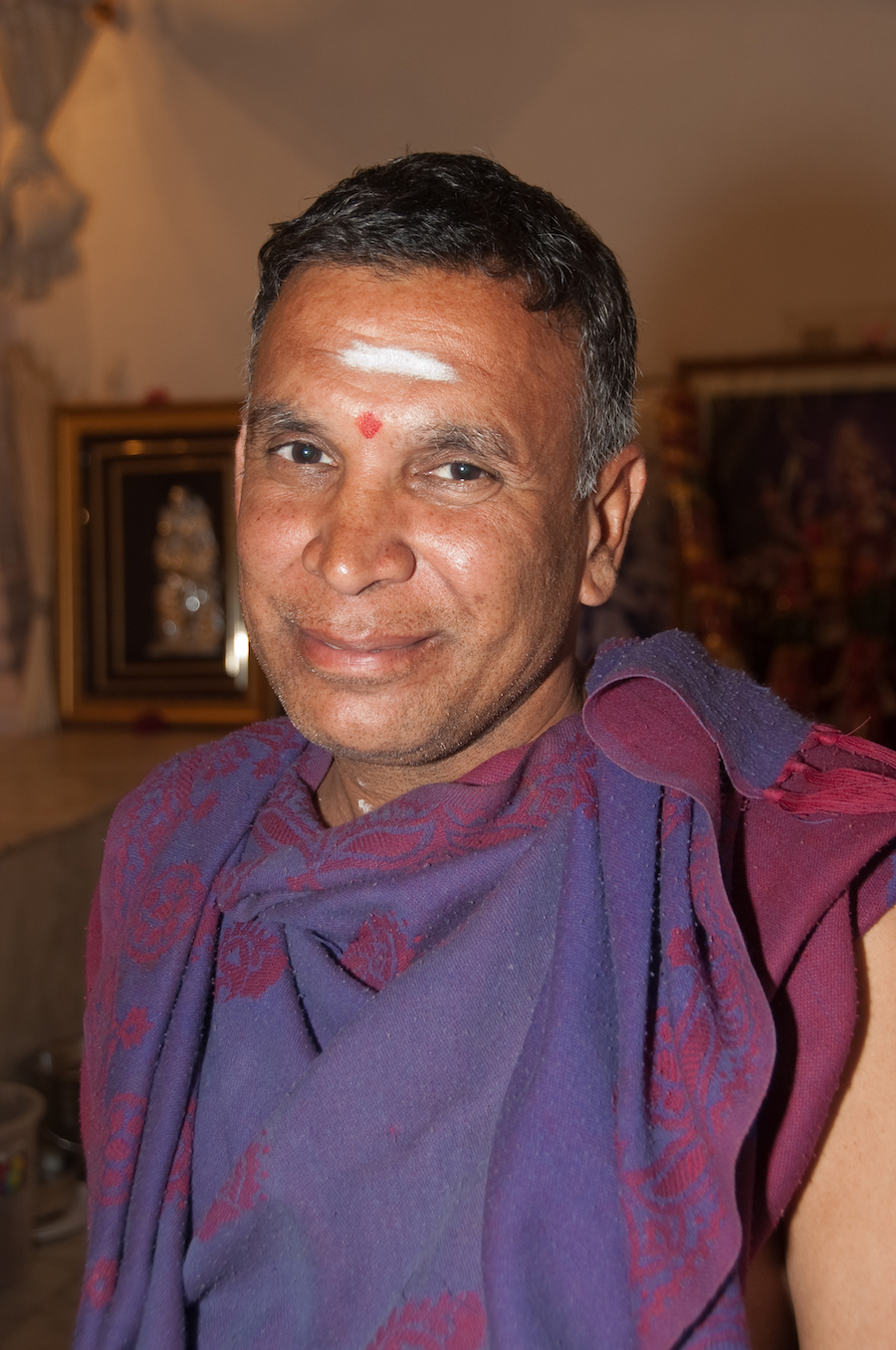